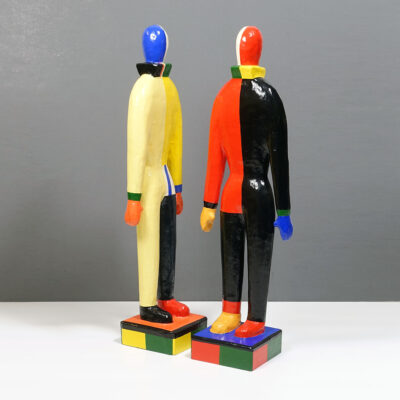 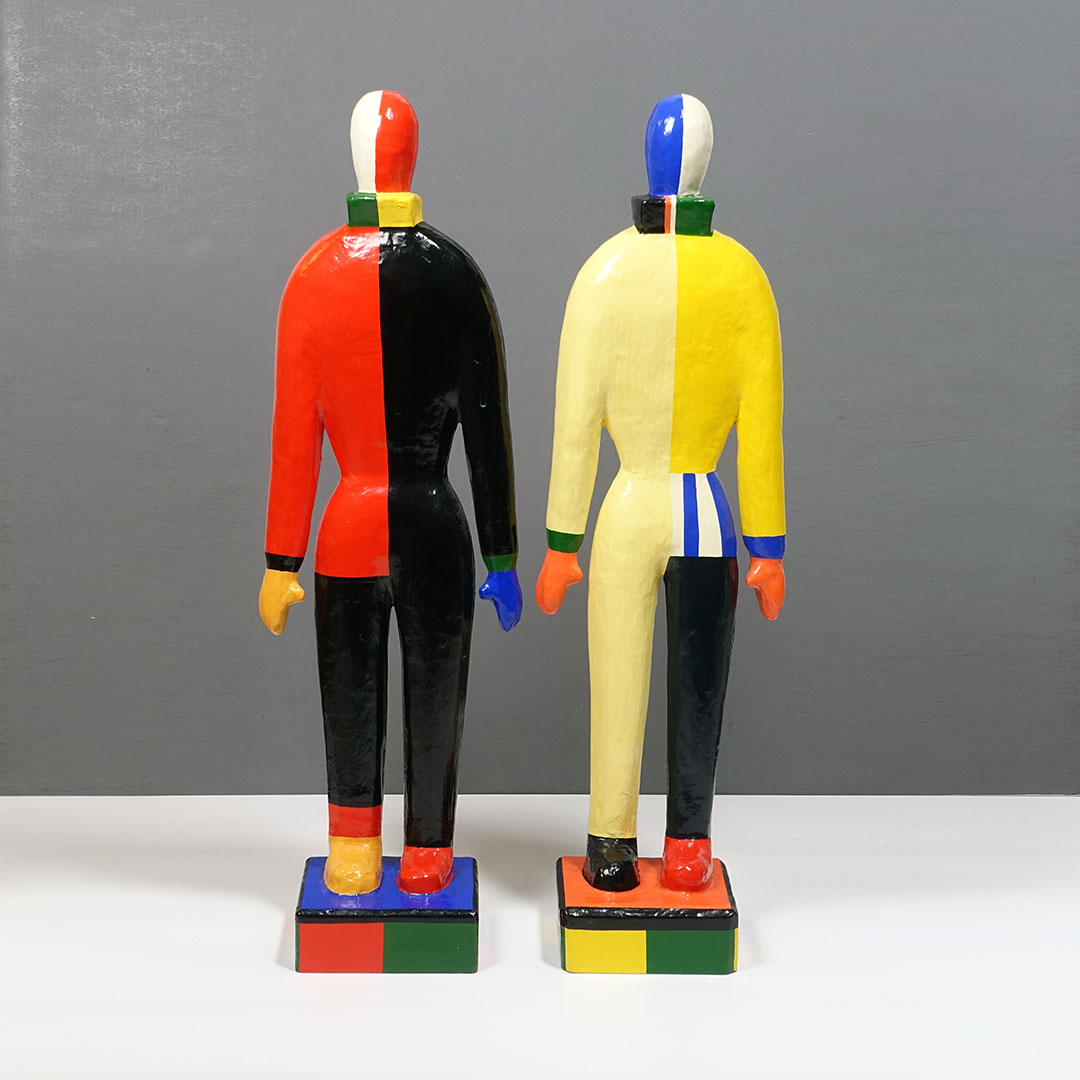 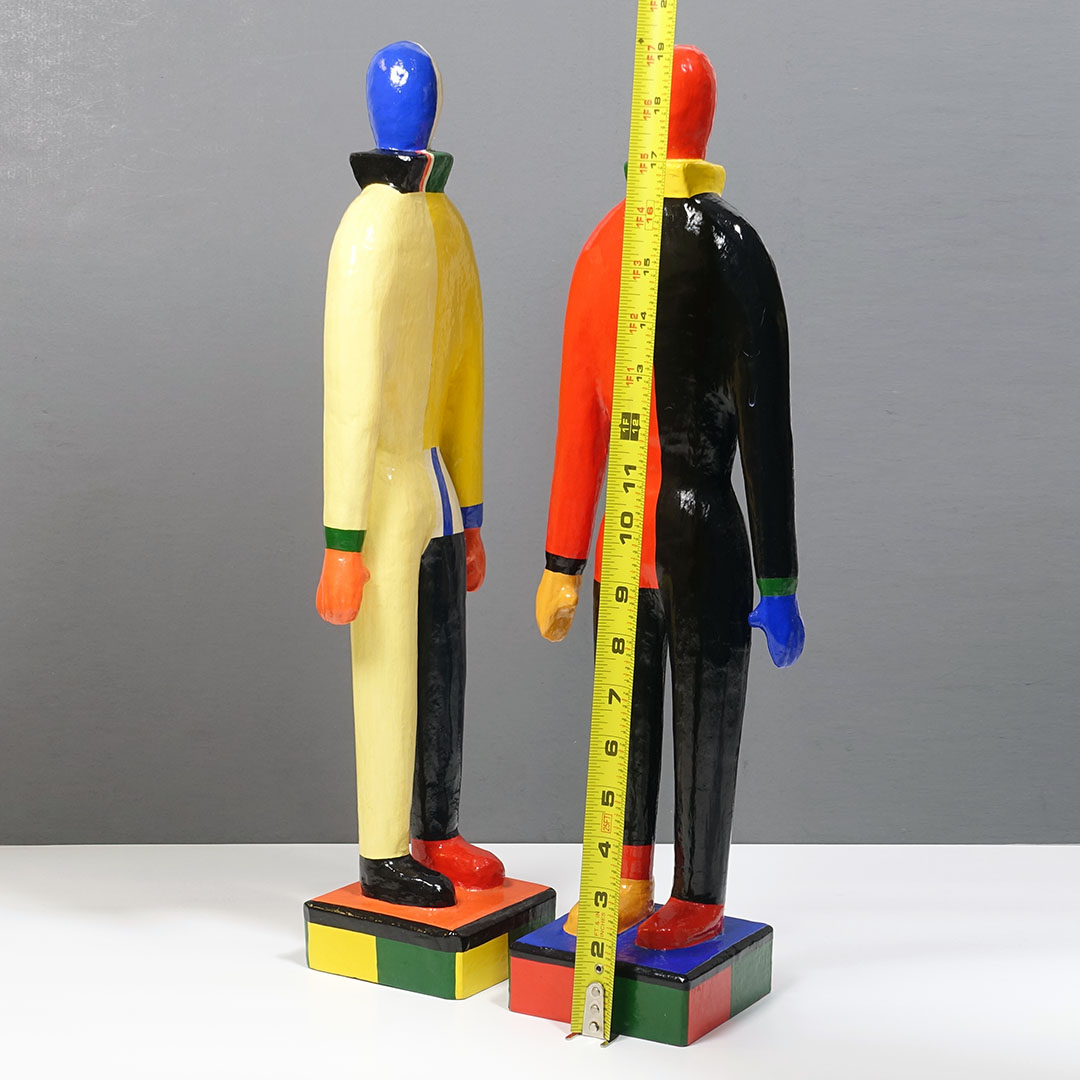 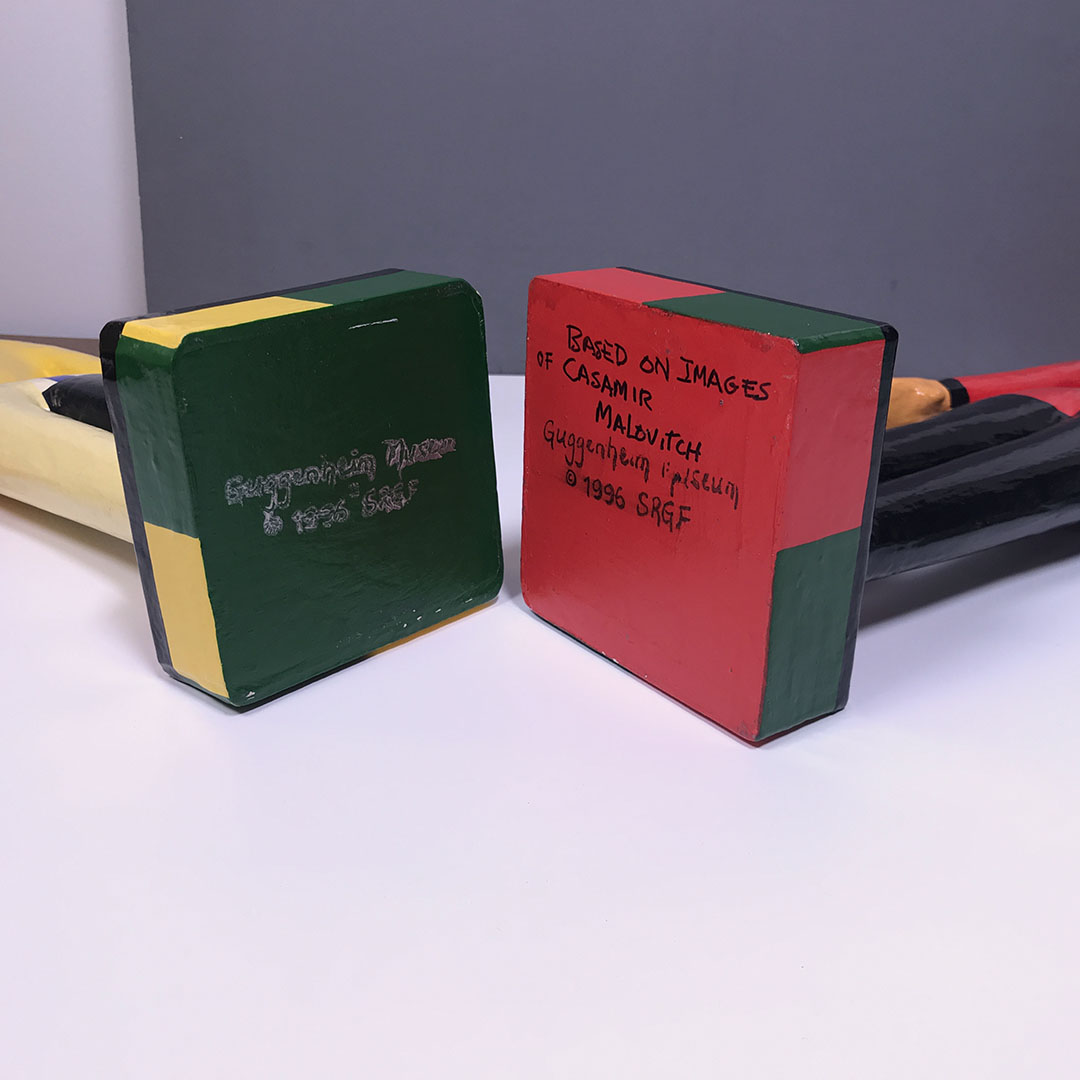 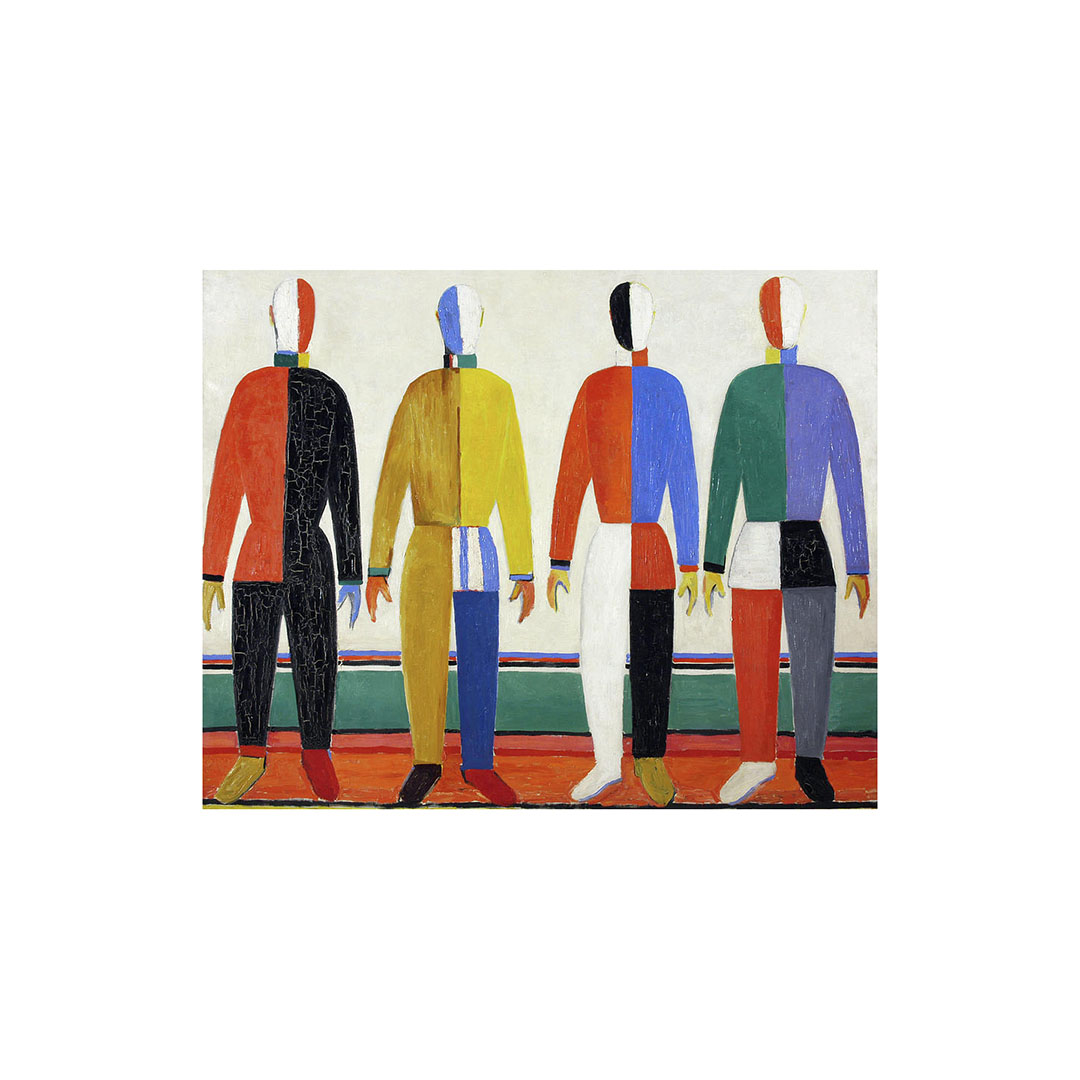 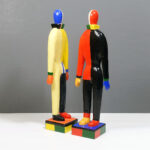 Offered here are two papier maché figurines inspired by The Sportsmen painting and sketches of Kazimir Malevich marked on the bottom and dated 1996. These are the original hand-made ones. 19 inches tall. Sold as a pair.

In 1992 the Guggenheim Museum in NYC had an exhibit “The Great Utopia: The Russian and Soviet Avant-Garde, 1915-1932.” One of the commemorative items in the gift shop was a set of four bold, colorful papier maché figurines inspired by The Sportsmen painting (1931) by Kazimir Malevich (1878-1935). The figurines were made in Eastern Europe (Romania?) as I recall. (I bought a set in the 1990s). These quirky, hand-made, hand-painted objet sold out immediately and are now a collector’s item.

Offered here are two figurines marked on the bottom and dated 1996. These are the original hand-made ones. 19 inches tall, base is 4 inches square. Sold as a pair.

Note: the Guggenheim still sells similar ones badly made out of cheap molded plastic for $125. each.

Open 12 to 6 daily. Later on the weekend. Dismiss