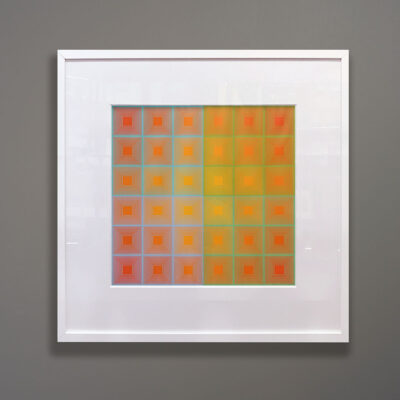 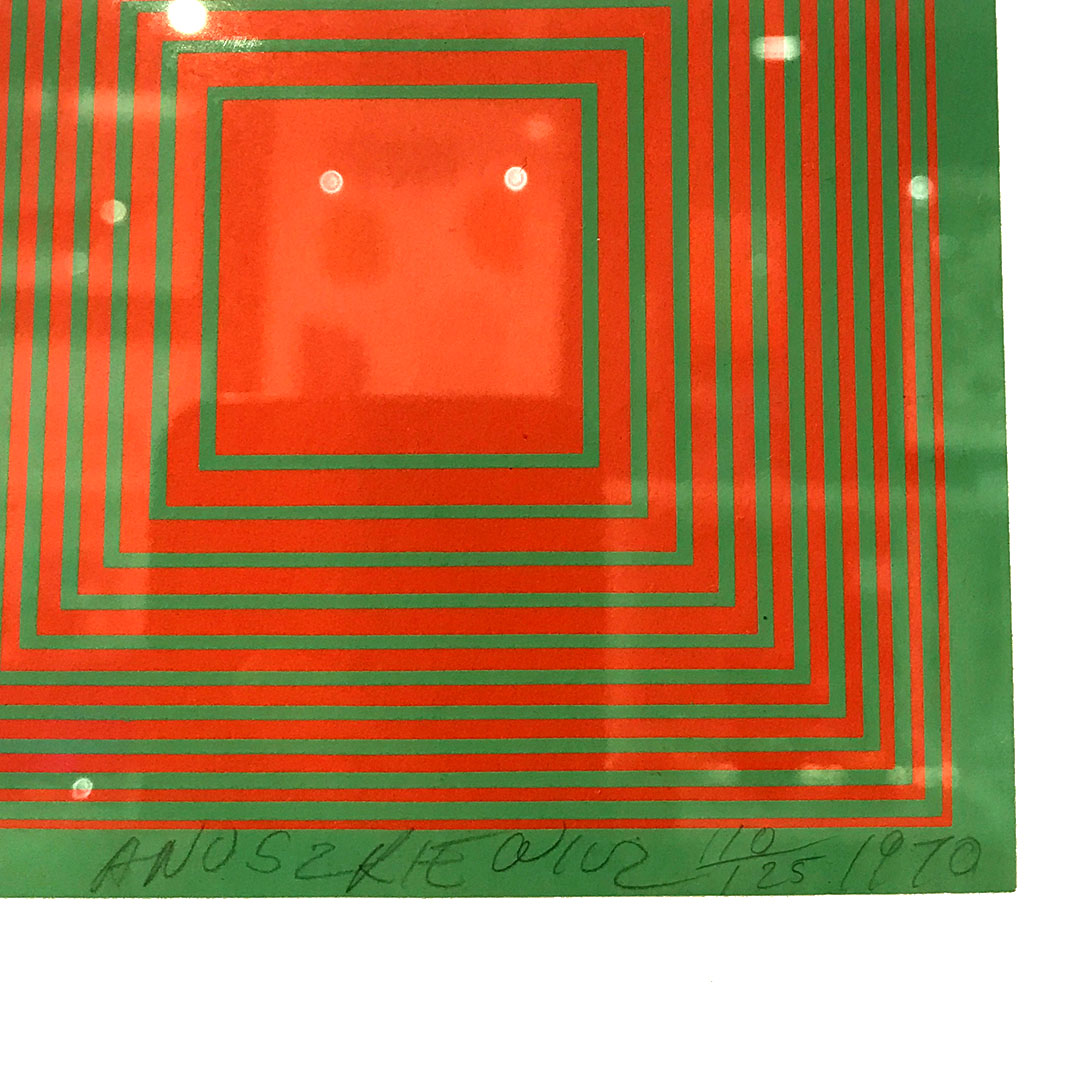 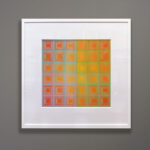 Richard Anuszkiewicz “Squares,” 1970, limited edition (110/125) silkscreen print on paper. Signed and dated in pencil lower right. Provenance: sold by the Royal Marks Gallery, NY to the present owner. The image is 25½×25½. The new frame is 36×36 inches. In 2021 the print was mounted to acid-free paper and backed with linen to preserve it.

Richard Joseph Anuszkiewicz 1930-2020) was an American painter, printmaker, and sculptor. Anuszkiewicz studied art under Josef Albers at Yale. He was one of the founders of Op Art in the 1960s along with Victor Vasarely (France) and Bridget Riley (England). His works are in permanent collections internationally. Anuszkiewicz was concerned with the optical changes that occur when different high-intensity colors are applied to the same geometric configurations. Most of his work comprises visual investigations of formal structural and color effects, many of them nested square forms similar to the work of his mentor Josef Albers.

In 1963, Anuszkiewicz summarized his approach to painting as: “My work is of an experimental nature and has centered on an investigation into the effects of complementary colors of full intensity when juxtaposed and the optical changes that occur as a result, and a study of the dynamic effect of the whole under changing conditions of light, and the effect of light on color.”