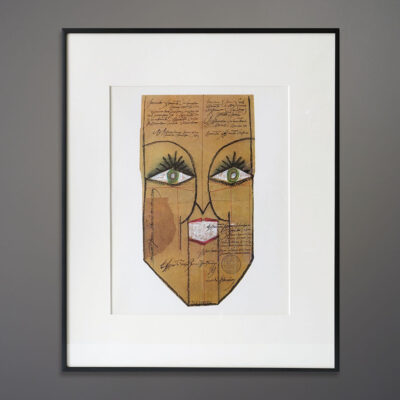 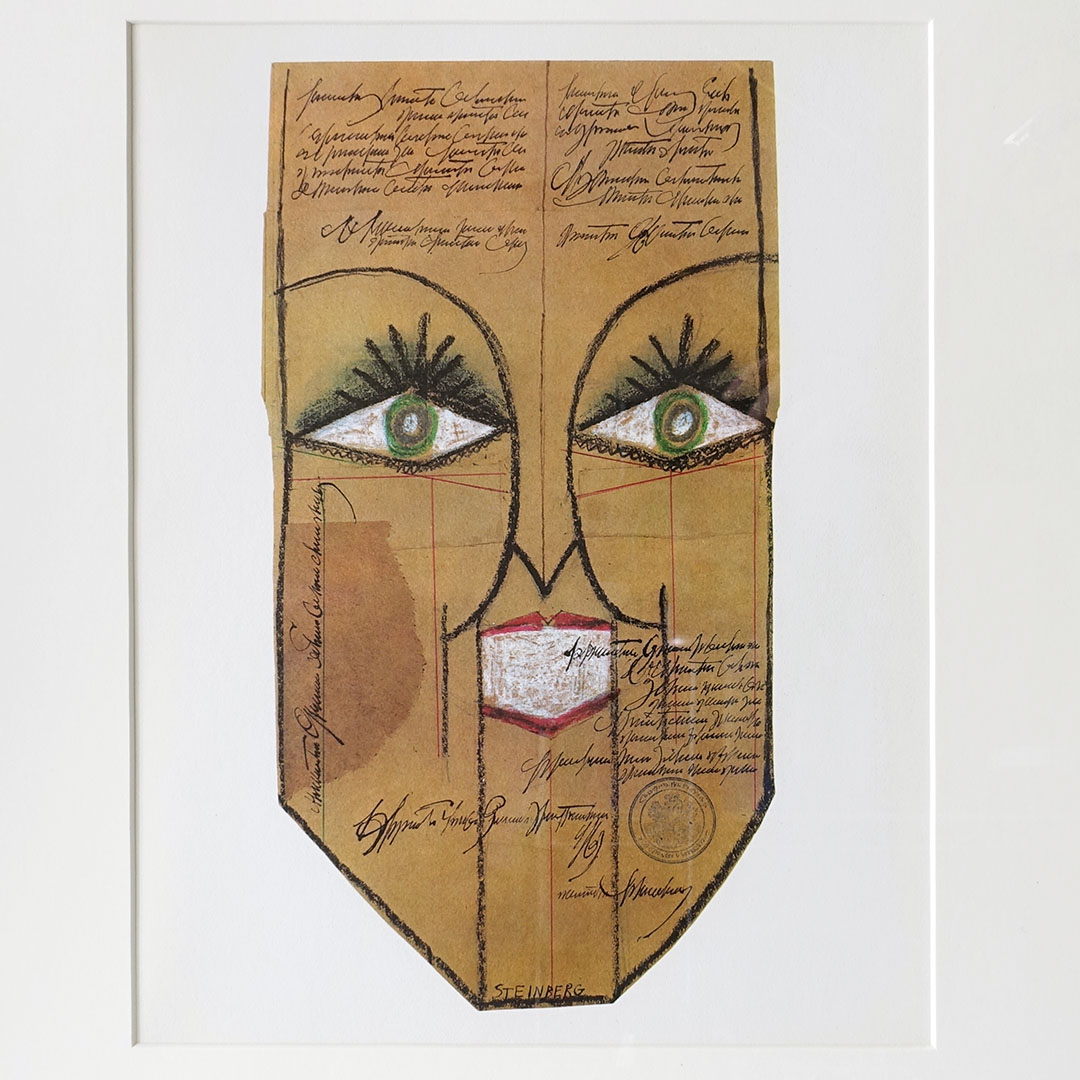 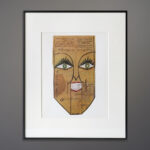 Saul Steinberg remains a hero of mine. He lived near me on Union Square in NYC and spent his later years near me in East Hampton. He had a tremendous influence on my art. He was a frequent contributor to The New Yorker magazine. So was my stepfather Joseph Farris.

Steinberg’s creativity and humor is apparent in this paper bag mask. He took a simple supermarket bag and modified it with crayon and pencil, transforming it into “Green Eyes.” I’m not sure who bought this great work of art. What’s offered here is a lithographic reproduction of it, produced in high fidelity by The Galerie Maeght in their magazine “Derriere le Miroir” to promote a Paris exhibition of his work in 1966. The artwork is 11 × 15 inches, signed in the plate, and framed in matte black. Overall size is 16½ × 20½ inches.

Steinberg went on to become quite famous, having a solo show at the Whitney Museum of American Art in 1974.