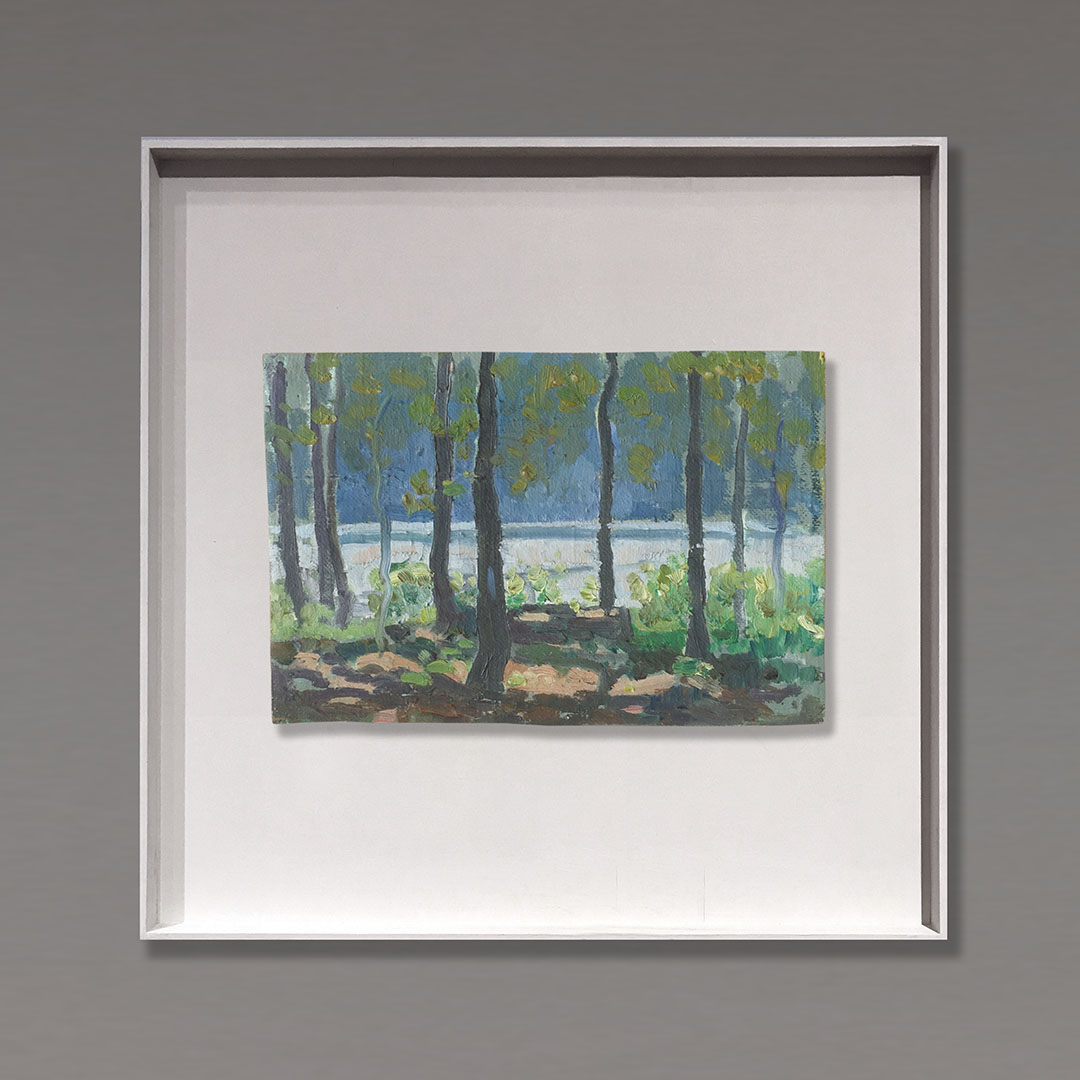 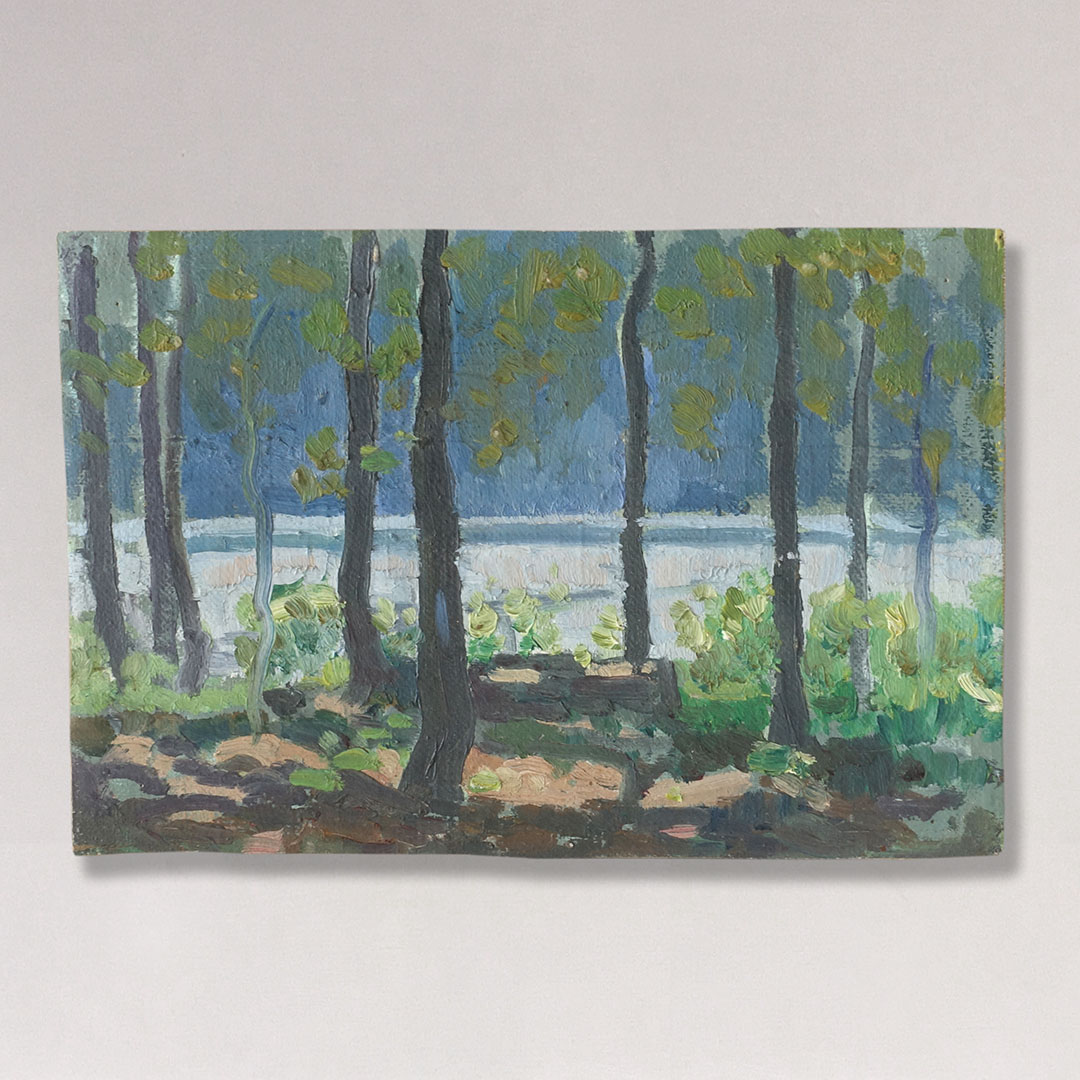 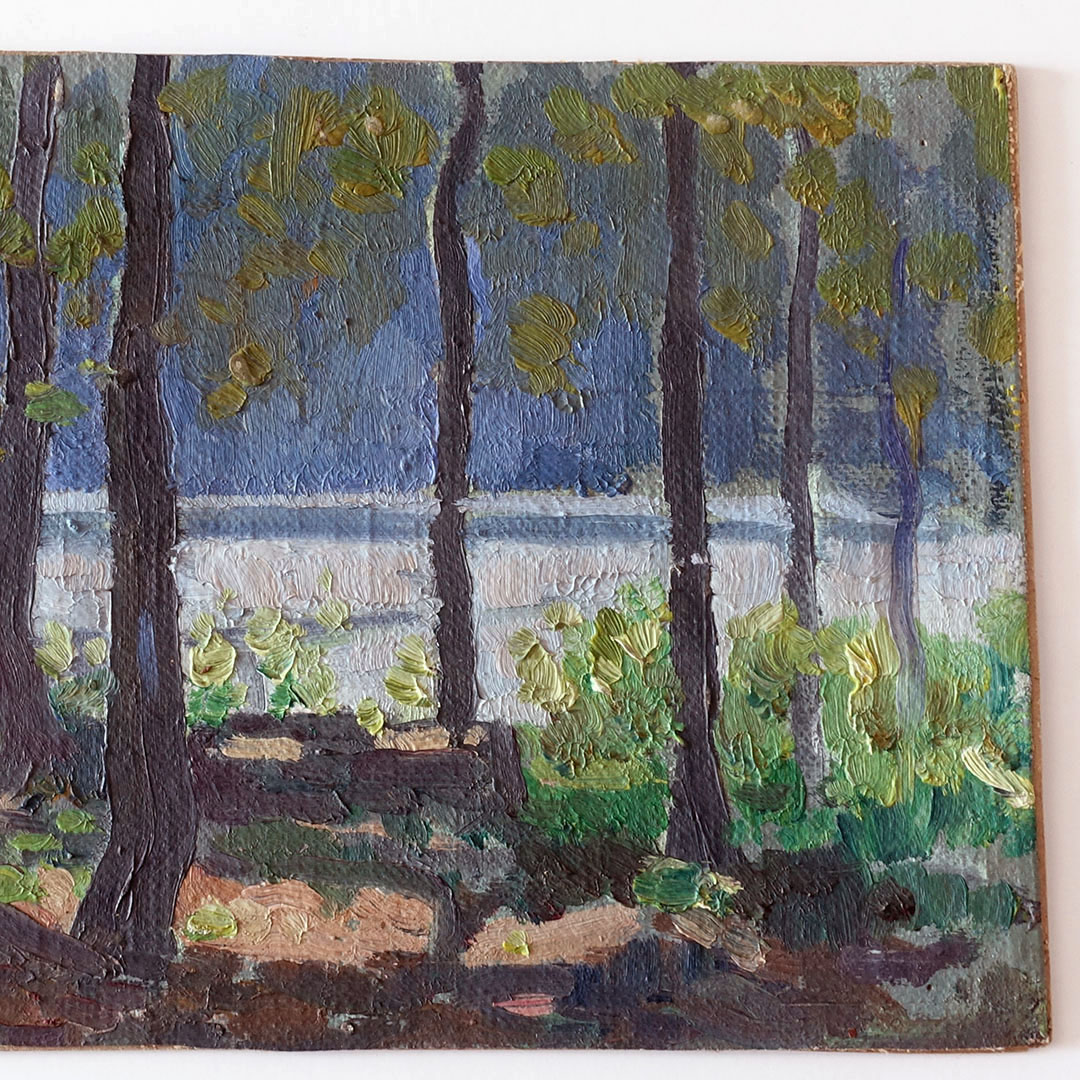 Offered here is an original  plein air impressionist oil painting on canvas board by Richard H. Bassett, unsigned, undated, circa 1930s. Float framed in white wood. Art size 7 × 11 inches, frame size 21 × 21 inches. This is a mock up… two-week lead time for the frame.

Richard Horace Bassett (1900-1995) was an American impressionist. He studied extensively in Europe and in the United States and had several one man and group shows in prominent galleries in New York and Boston. He was an educator and lived in Massachusetts, Paris, London, Florence, and Vevey Switzerland. Bassett studied under the British painter Percyval Tudor-Hart and has a BA from Harvard. A prolific painter, Bassett produced a large body of work that until 2011 was closely held by his estate.