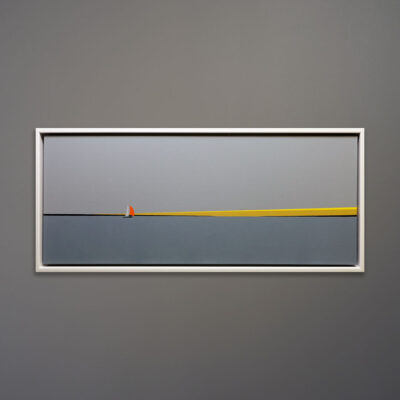 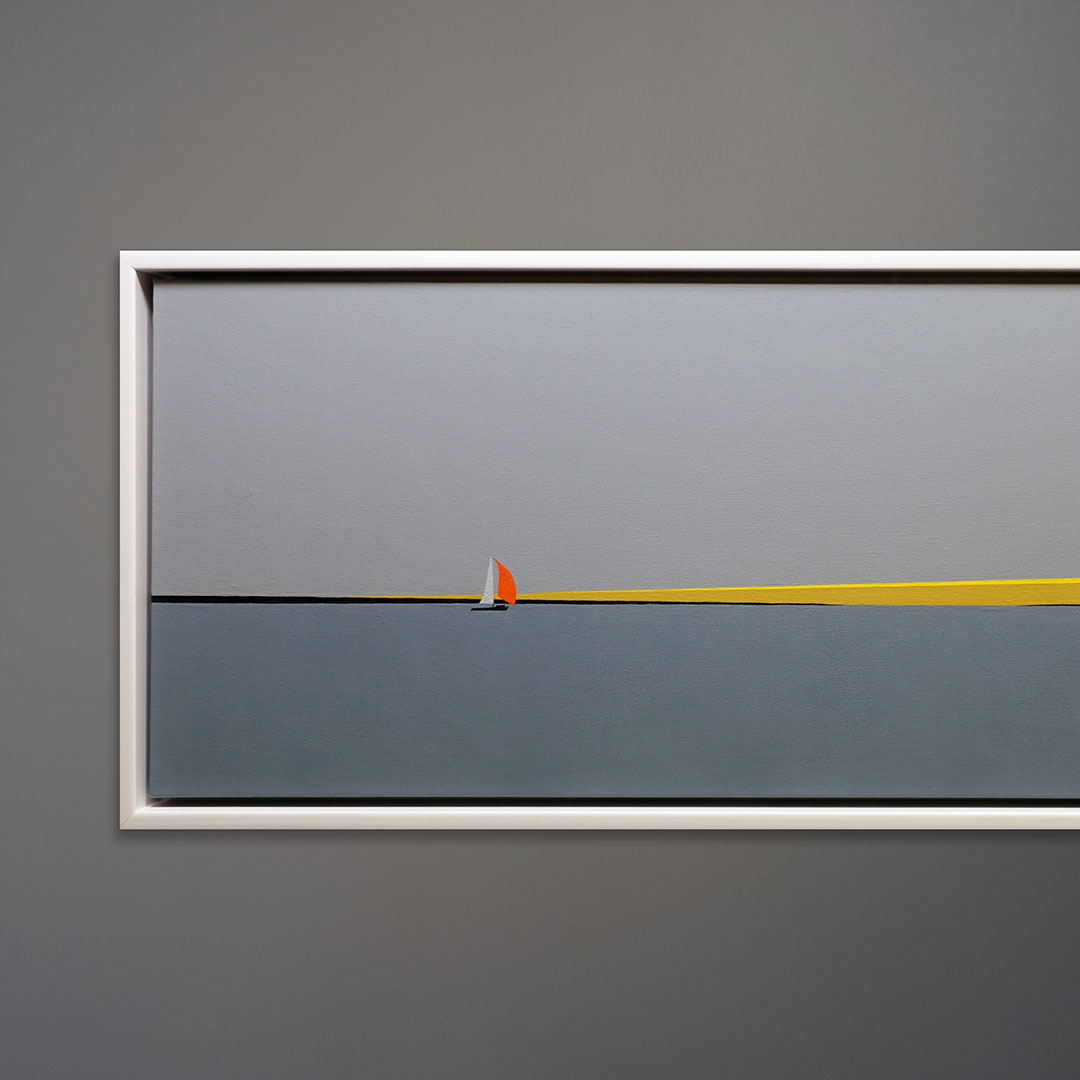 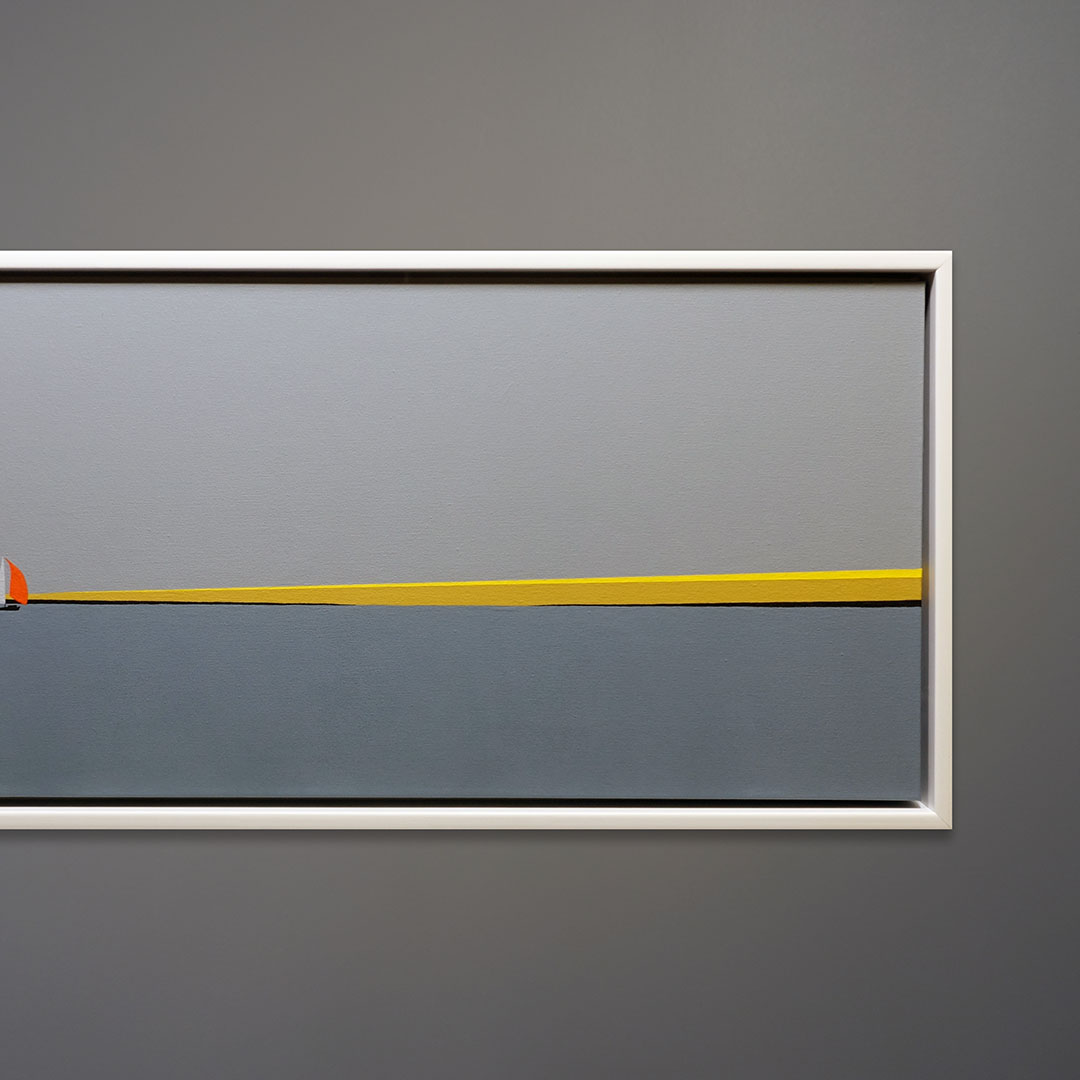 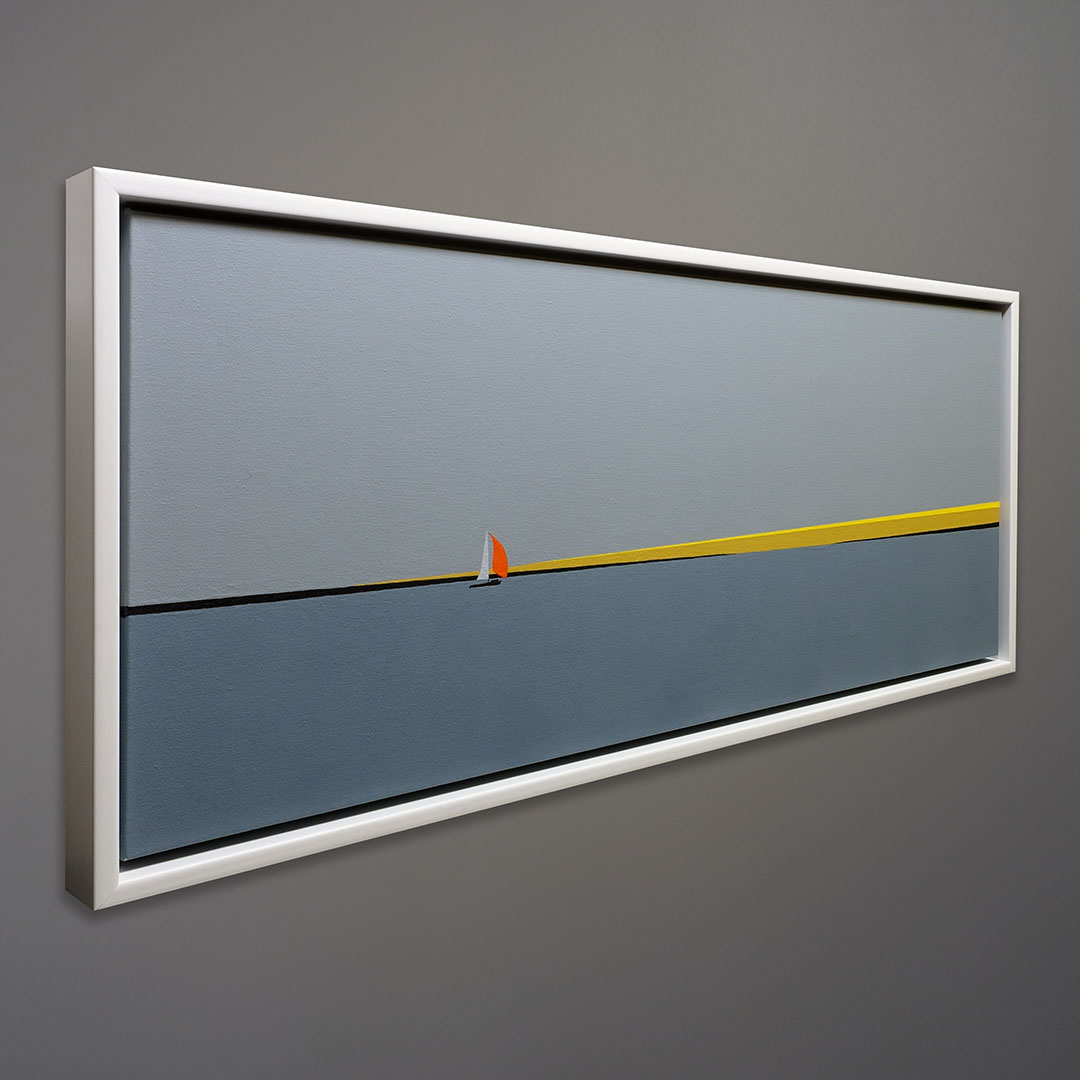 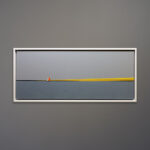 An original polymer painting on canvas by Michael Aron, 2022, titled “Peconic Bay V.” Based on a photograph by Nola Lopez. It depicts the setting sun over Southold. The body of water is often called Peconic Bay but it is actually the Peconic River. This sailboat with a red spinnaker is a common sight here at dusk on the North Fork of Long Island. The overall size is 18×42 inches as float framed in matte white.

Michael Aron studied art and design at the Wooster School in Ridgefield, CT; The Academy for Fine Art and Design in Genk, Belgium; Syracuse University; and got his BFA from the Cooper Union for the Advancement of Science and Art in NYC. He lives in Brooklyn and Greenport and is the proprietor of Ray New York.