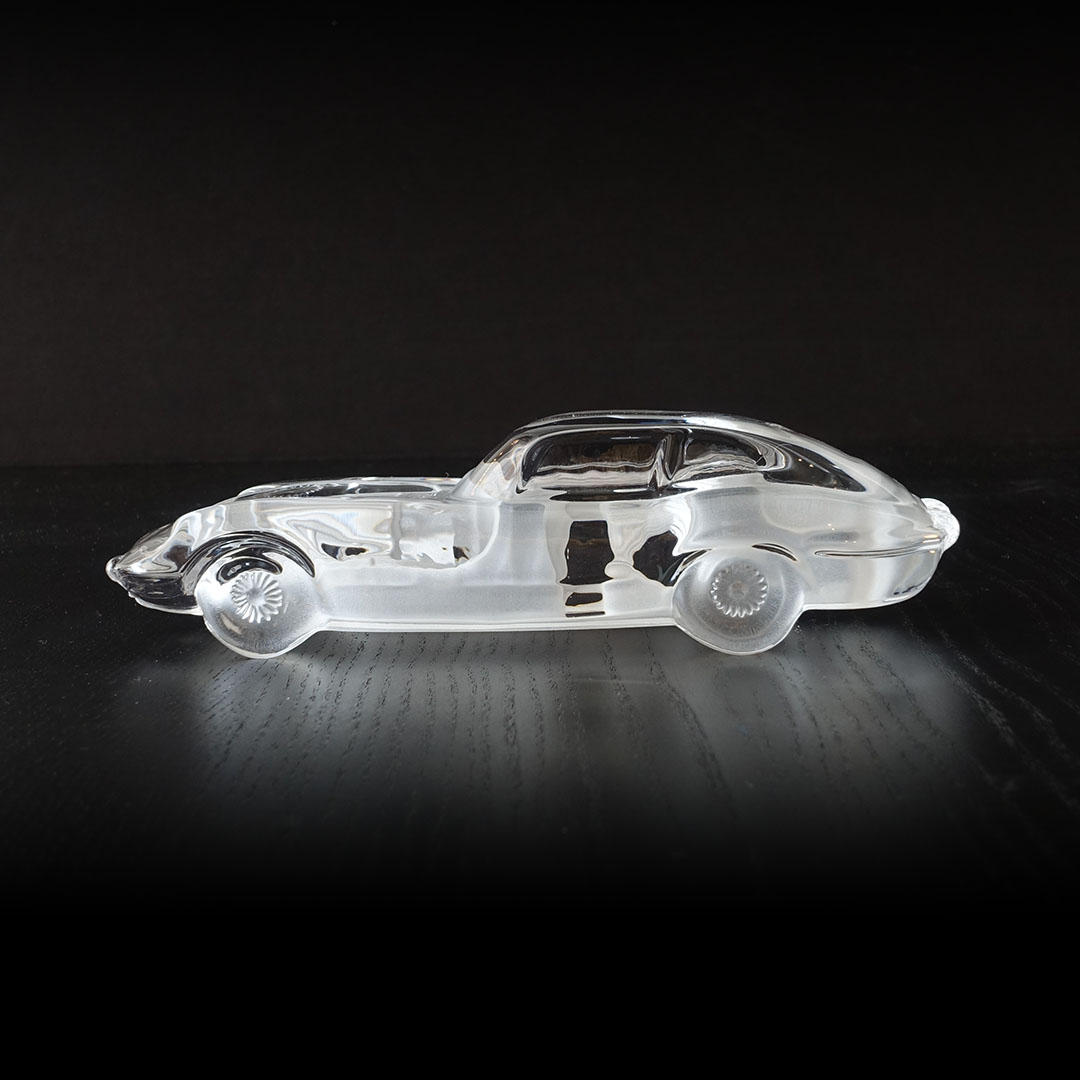 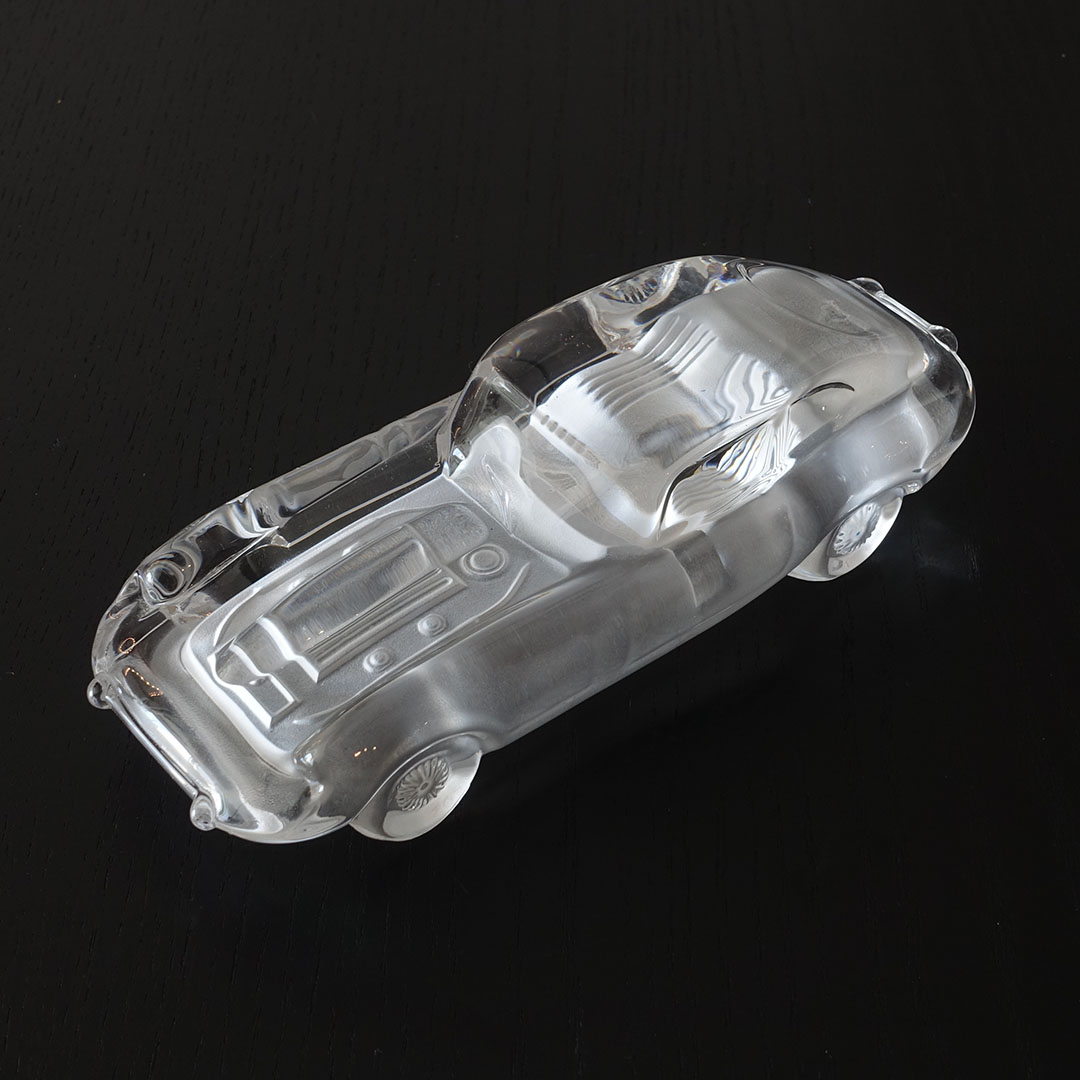 OK people. This is fantastic. Jaguar XK-E Type Coupe. 7 inches long. 24% lead crystal. Made in Germany in the early 1980s. It is part of the line “Magic Crystal for Men” by Hofbauer. A great addition for collectors or to be used as a decorative object or functional paperweight.

The Jaguar E-Type, or the Jaguar XK-E for the North American market, is a British sports car that was manufactured by Jaguar Cars Ltd between 1961 and 1974. Its combination of beauty, high performance, and competitive pricing established the model as an icon of the motoring world. The E-Type’s claimed 150 mph (241 km/h) top speed, sub-7-second 0 to 60 mph (97 km/h) acceleration, unitary construction, disc brakes, rack-and-pinion steering, and independent front and rear suspension distinguished the car and spurred industry-wide changes.

It is rumored that, on its release on 15 March 1961 Enzo Ferrari called it “the most beautiful car ever made.” In 2004, Sports Car International magazine placed the E-Type at number one on their list of Top Sports Cars of the 1960s. In March 2008, the Jaguar E-Type ranked first in The Daily Telegraph online list of the world’s “100 most beautiful cars” of all time. Outside automotive circles, the E-type has featured in the Diabolik comic series, Austin Powers films and the television series Mad Men. [Wikipedia]