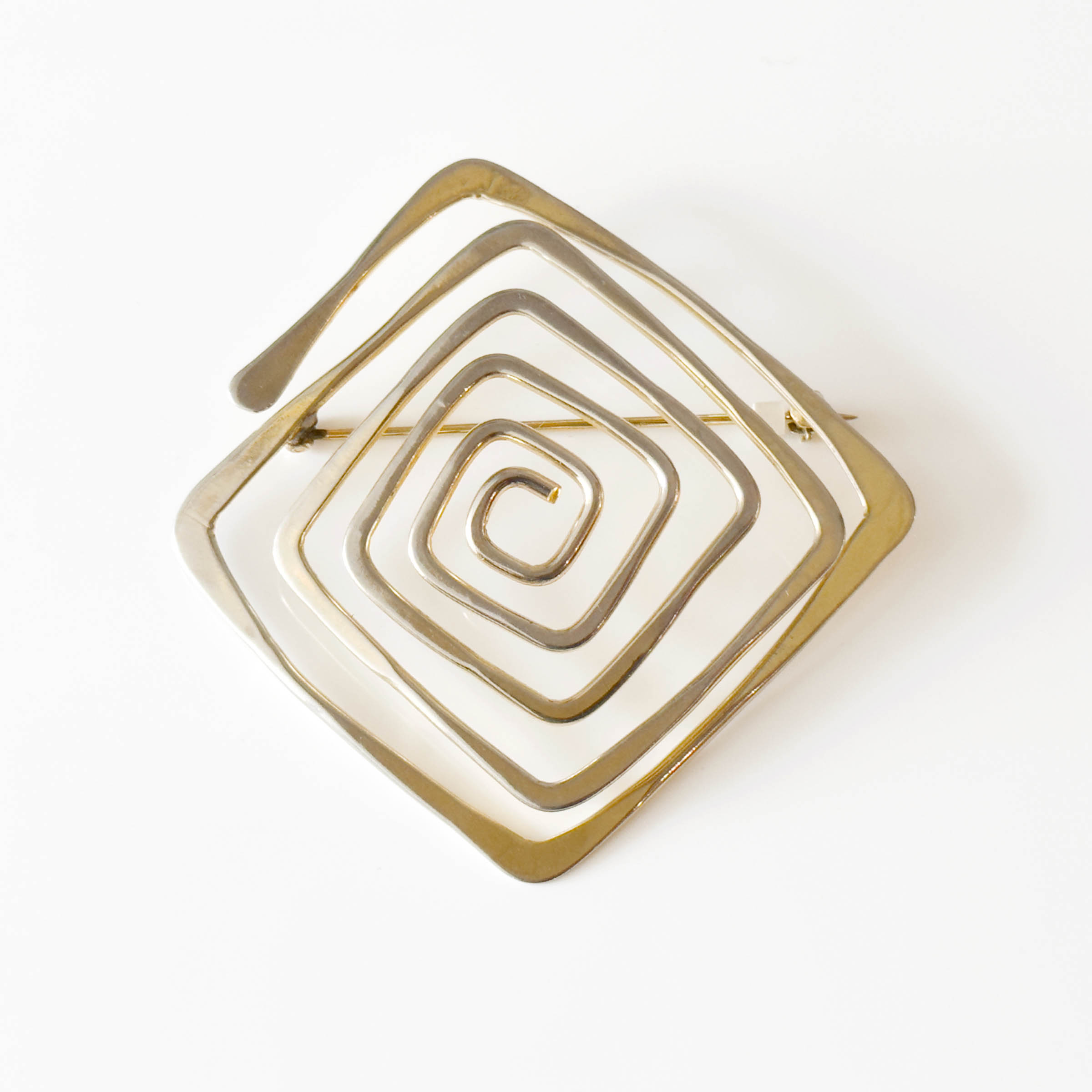 Fantastic Modernist brooch or pendant in gold plate over 925 sterling silver. Designed and hand-made in hammered wire by Ed Wiener in New York, 1960. This design is often referred to as a maze brooch. Signed on the back. Reminiscent of jewelry designs by Art Smith or Alexander Calder. 2-3/8″ × 2-3/8″ measured on the diagonal. The gold plating has worn off in some areas.

The New York Times wrote: Mr. Wiener began his career in artists’ circles in post-Bauhaus Provincetown and Greenwich Village, in the early days of the Abstract Expressionist movement of the late 1940’s. The two movements were joined in his jewelry designs. Among his clients were Louise Nevelson, the sculptor, and Martha Graham, the dancer. Mr. Wiener worked largely in silver until the late 1950’s when he branched out into new settings in gold and precious jewels, moving, as one critic put it, from craft into art. A native New Yorker, he was largely self-taught and learned to make jewelry with plumbers’ and carpenters’ tools.